David Bouchard: a proud Métis, an inspirational artist, and a leading advocate for literacy 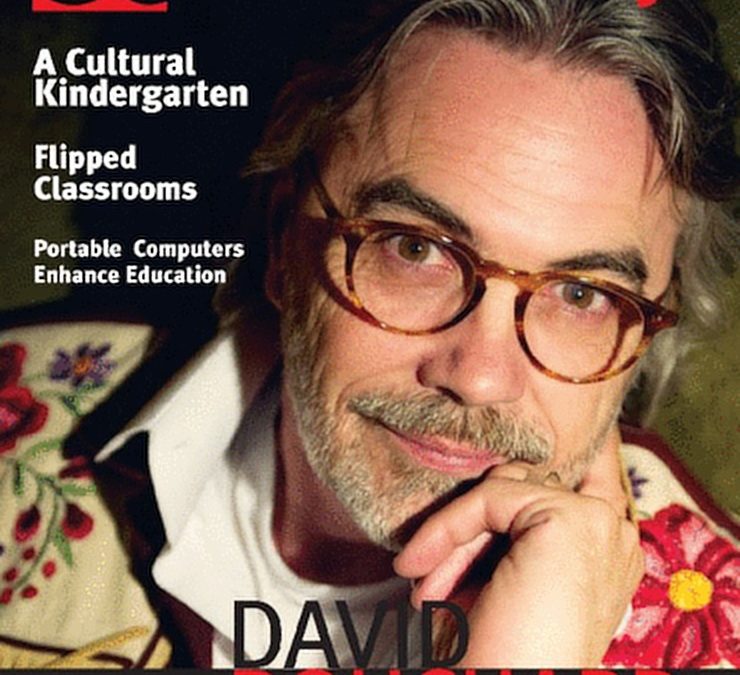 David Bouchard is living proof that life is full of surprises. The award-winning Victoria, B.C.-based author, who is now 60 years old, only discovered his Métis roots at the age of 40.  And he was well into his previous career as an elementary school vice-principal in Regina, Sask., when he discovered the true joy of reading. Today, Bouchard is enriching the lives of children, parents and educators across Canada with his many books and frequent speaking engagements at schools and conferences.

In captivating presentations often lasting more than an hour, he discusses the environment, history, and the traditions and cultures of Canada’s Aboriginal Peoples. He talks about his own Métis heritage and plays the Métis flute. The former teacher also reads selections from among his more than 70 books, and tells students how reading will open new worlds and bring success.

In recognition of his work as an author and a champion of literacy, Bouchard was named to the Order of Canada in 2010. Many of his books have been bestsellers, and some have won prestigious awards, including a Governor General’s Award, a Moonbeam Children’s Book Award, and the U.S.-based Lee Bennett Hopkins Poetry Award. It’s an impressive record for a man with dyslexia. But Bouchard says his own struggles with reading have given him a greater understanding of the bitter frustrations faced by children who wrestle with words. “I tell them that anyone can become a reader,” he says. “Just find that one book.”

You can read my profile of Bouchard in the spring 2013 issue of Education Today, the magazine published three times a year by the Toronto-based Ontario Public School Boards Association. Here’s a link to an online version of the story on Zinio. I’m pleased to learn today from Bouchard’s own blog that he enjoyed the story. “To be a part of these historical times is an honour and a responsibility I do not take lightly,” he says. ” When Education Today writer John Schofield offered to help me spread the good word, I was more than grateful. I was honoured and I was humbled.”  I hope you also enjoy reading about David’s inspiring story.